Night in the Haunted Hotel 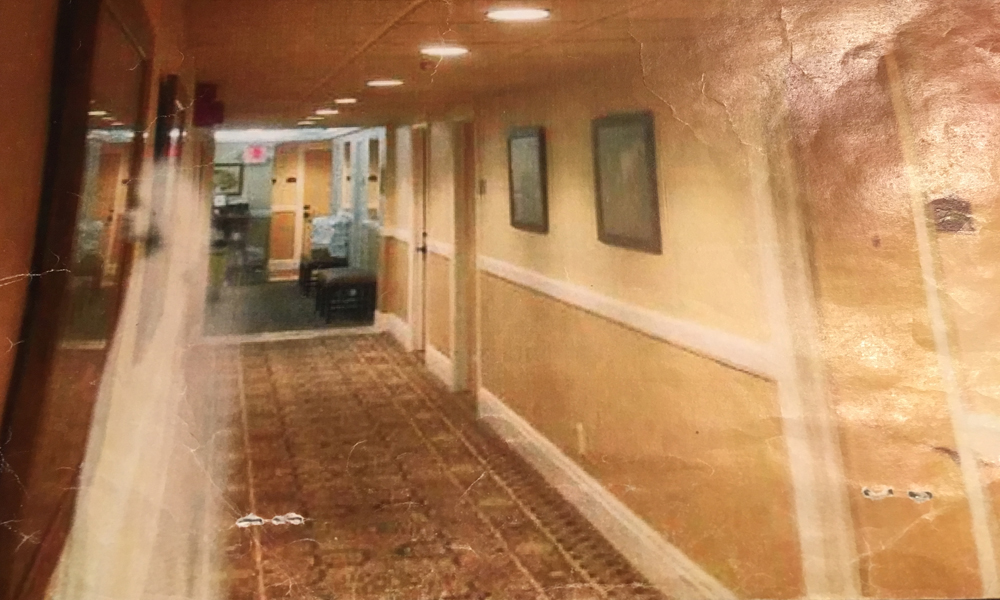 Photo of image in the Hauntings book at the Alex Johnson. Supposedly of Alex Johnson’s daughter, this photo was sent to TAPS, who were unable to prove any evidence of photoshop.

When I went out to the Black Hills to run the Zombie 5K in Deadwood SD, I was able to fullfill a second great desire… staying in the haunted room at the Alex Johnson Hotel in Downtown Rapid City, SD. This incredible historic hotel has been host to many U.S. Presidents, but has a sordid history of hauntings. It was even featured in an episode of Ghost Hunters! 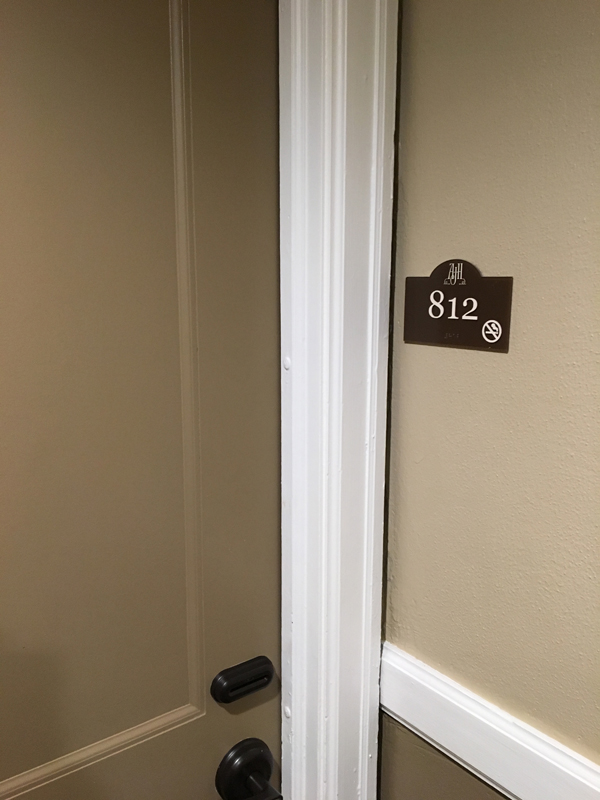 The most notorious of the stories is that of the “Lady in White.” A young bride to be, she was left at the alter. Upon returning to her room at the hotel, 812, the legend says she threw herself from the window. This story is greatly based in truth, however, this young woman actually died in the room. At the time of her death, the hotel contained the old fashioned toilets with the tank above the seat and a chain to flush. The young woman used the chain to suffocate herself, and died with a photo of her love in her lap.

While this is certainly morbid enough, hotel guests have also reported waking up in the night to hear a young girl giggling as she runs up and down the hallway of the 8th floor, even knocking on doors. Upon complaining to hotel staff the next day, they would find that there were no children staying on the floor at all!

Staying in the Haunted Hotel

I certainly psyched myself out a bit! First of all, as an old building, the doors are not quite true. When we first put the key in the door, the door pushed open, clearly unlocked. Immediately in a heightened state, we entered to find that as a corner room, we had to first walk down a dark hallway and turn to enter the room, which thankfully had a light on in advance of our arrival.

Rumors I had heard of experiences in the room included windows opening after guests had left and returned to the room, as well as the drawers of the dresser turning upside down. Doing my due diligence, I checked that the windows were locked, but chickened out when checking the dresser… see the drawers didn’t have handles, but instead openings into the drawer to pull it open. I had Damir open the drawers so I could check since he was clearly over the “haunted” thing. Thankfully, inspection of the bathroom showed a clean and remodeled room with modern appliances… but I refused to shower until there was morning light. 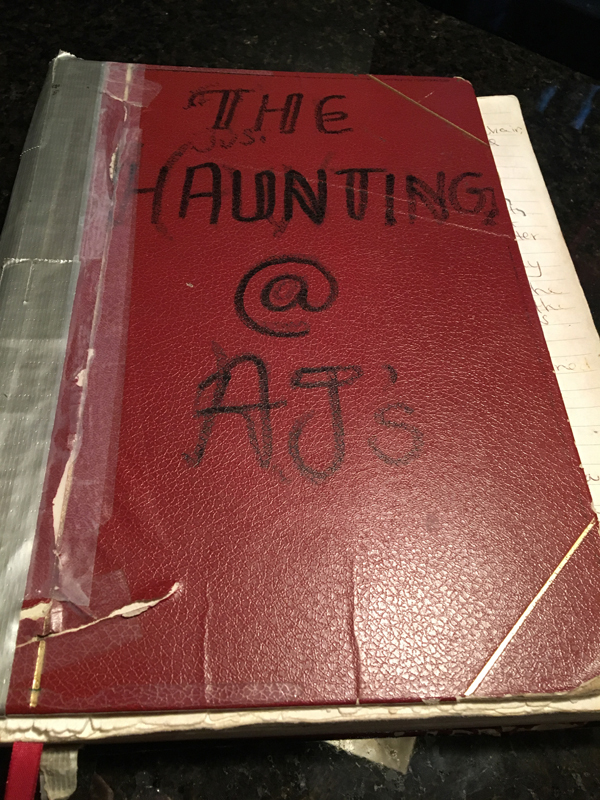 The Alex Johnson has a fantastic book of stories for guests to enter their experiences. The staff were happy to regale me of tales they had heard and experienced themselves, and informed me that the rumors weren’t quiet true. While Alex Johnson’s daughter does roam the halls of the 8th floor playing into the early morning, the windows and drawers were mostly unaffected. Instead, a majority of reports claim that the blinds open of their own accord and that they feel pats and caresses as they are sleeping. 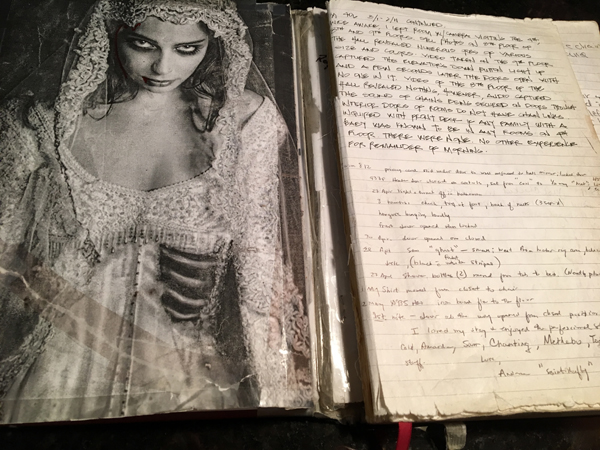 While the picture in the front of the book was hilariously cliche, the stories in the book made for a great read, and I spent a good half an hour in the lobby reading the experiences of hotel guests, on many floors in addition to the 8th. 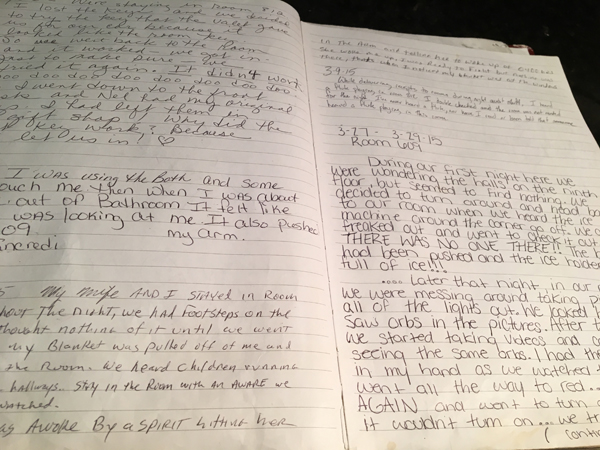 There were many claims of people taking photos in the 8th floor hallway to see if the lady in white or Alex Johnson’s daughter would make an appearance (as in the first image in this post). Unfortunately, no such vision appeared to me in my images. Perhaps you need to take them in film… 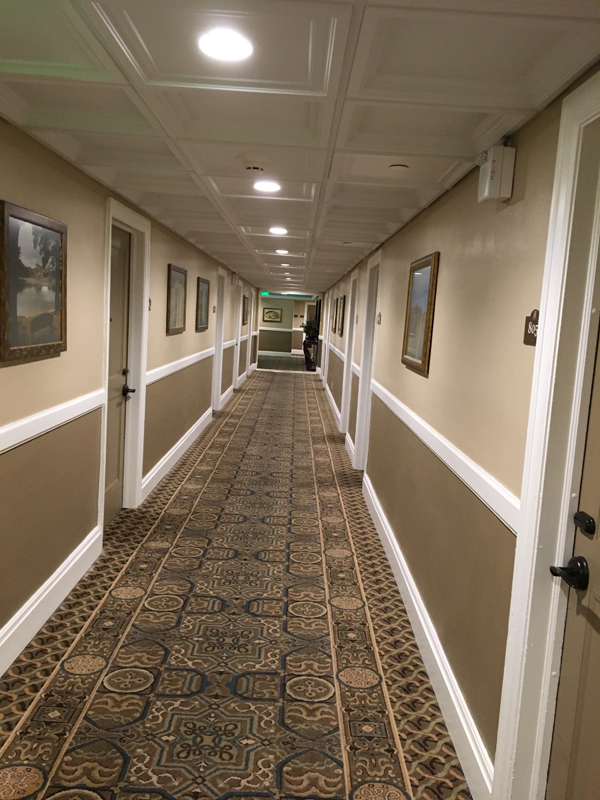 Perhaps you can see something I missed? 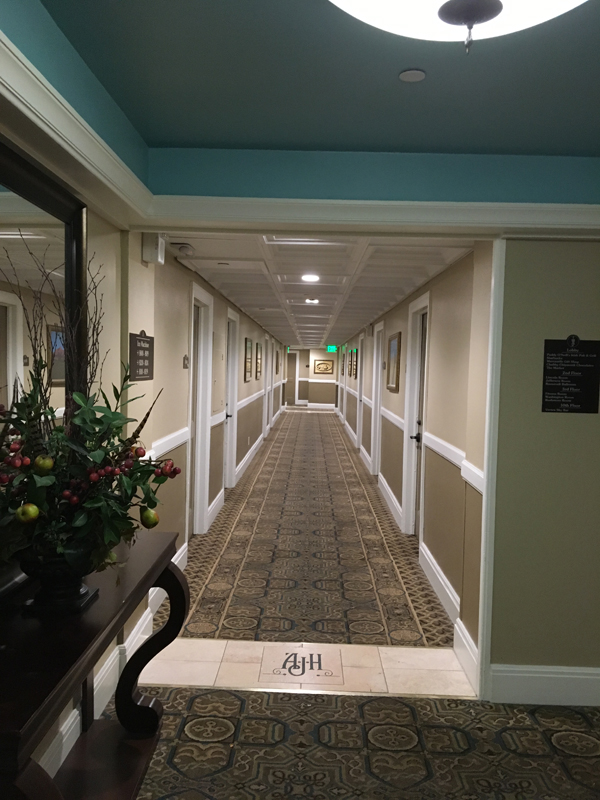 I went to sleep trying to keep my imagination at bay. As I began to fall asleep, I could have sworn something could have touched the back of my leg, but I reasoned it was likely that I jerked as I started to fall asleep and felt the sheet pull. Luckily for me, I was undisturbed by giggling ghosts or knocks at the door, as Damir, completely un-preturbed by staying in a haunted room, snored loud enough to wake the dead and I usually sleep with earplugs to keep from strangling him.

I was quite glad to wake early in the A.M. to sunlight streaming in the windows, and rolled over for another hour in the comfortable bed. The only disturbance was that the next morning, the white sheets were spotted with a few drops of blood… This is most likely described by Damir picking at his shoulders before going to bed, but I do admit my heart stopped for a second before applying the rational.

Overall, a wonderful experience that I highly recommend for any thrill seekers traveling to the Black Hills! 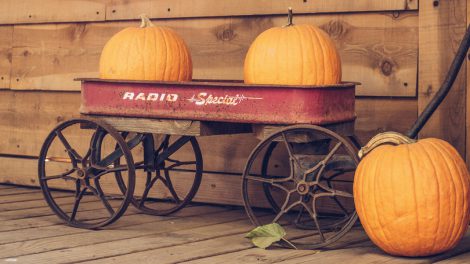 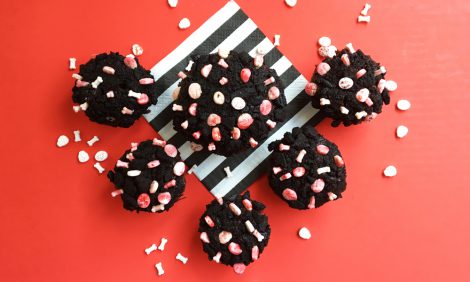 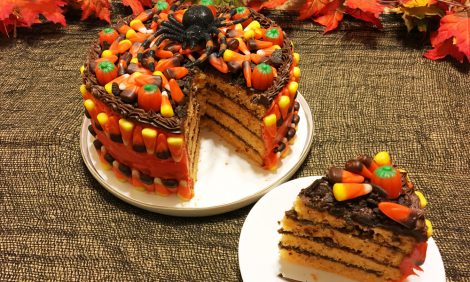