Want to do more than just Oogie Boogie, or focus just on our moon-struck Halloween Town couple? Jack and Sally cupcakes can add some fun and color to your Halloween Party spread!

Pssssst. Like the serving tray in the picture? Come back tomorrow for the DIY!

What you will need:

1. bake your cupcakes according to instructions on the box. If using fun decorated cupcake liners (I used black and white stripes for Jack and orange for Sally) I recommend doubling up the liner for each cupcake, since the designs are a little lost after baking if you use a chocolate cake mix. Allow cupcakes to cool completely on a cooling rack before frosting. 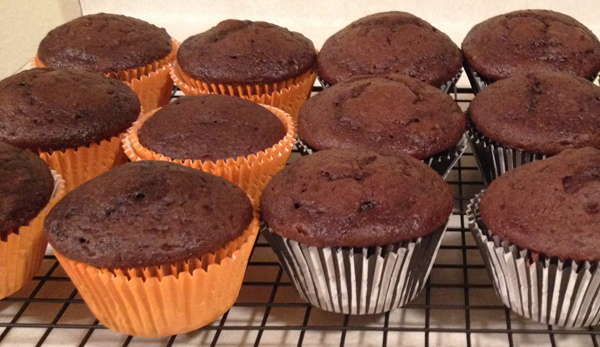 2. Start with Jack, and apply a flat frosting application to the Jack cupcakes with a knife. Nothing fancy, just a white base for the face. Then, use the black decorating frosting (I prefer the ready to use tubes) and draw on Jack’s face. Tada! Half done. 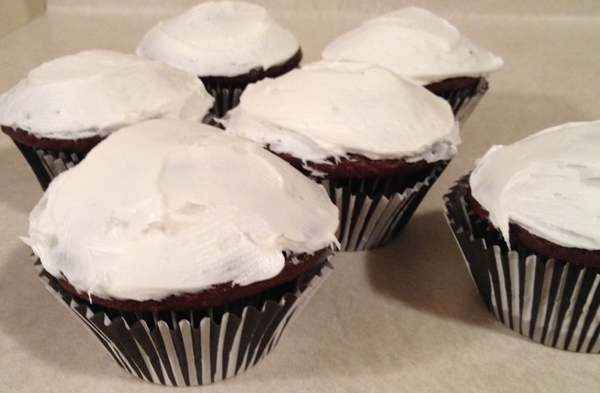 I decided to keep my Sally cupcakes simple since an actual face for her would be way more complicated, but after the fact, thought of another design that might be more reminiscent of Sally without being too design heavy. Both options are here for you to decide!

3A. In a small bowl, mix the white frosting with blue food coloring until you get the color you desire. Scoop into frosting gun or decorating bag and use the star tip. Simply frost the cupcakes in a circle pattern finishing in the center. Simple, easy, delicious. 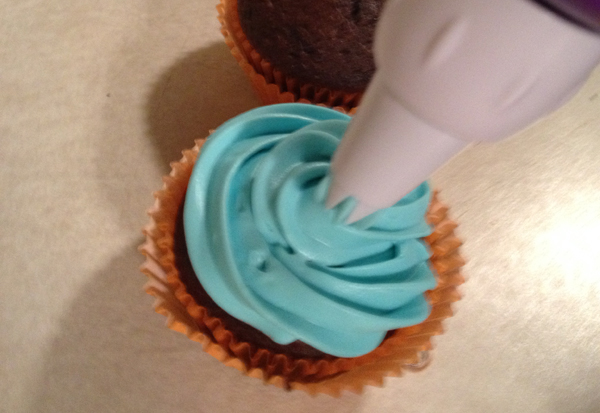 I brought these to my Brother for his birthday, and he was really confused as to what “the blue ones” were. After thinking on it, I came up with another idea for Sally that is almost as easy and more recognizable. Hopefully I will have a chance to do these and update with pictures soon! Note, this might take more than 1 jar of frosting total to accomplish.

3B. Instead of mixing all the remaining frosting as blue, split between two bowls, and use one with blue food coloring and the other with red, mixing each until you get your desired colors.

5. Next, scoop the red frosting into your frosting gun, and use the star tip. Do the other half of the cupcake in a downward sweeping motion, as if it was hair at the side of her face.

6. Finally, using the black decorating frosting, draw the scar down the blue side of the cupcake, complete with the stitches.

And there you have it, Jack & Sally! 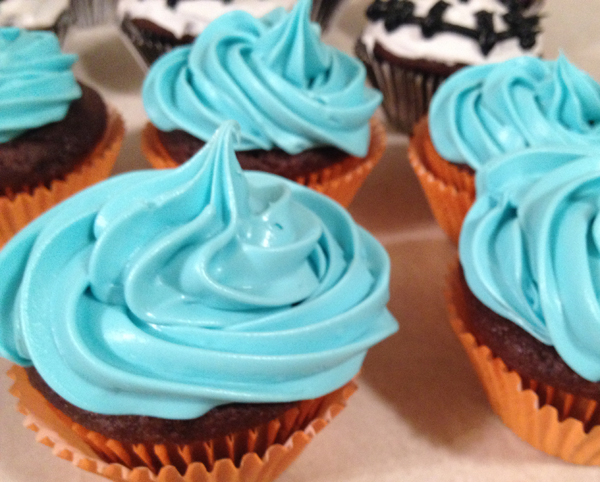 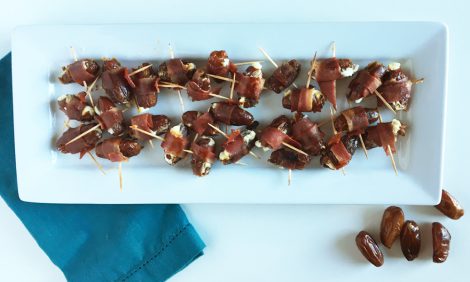 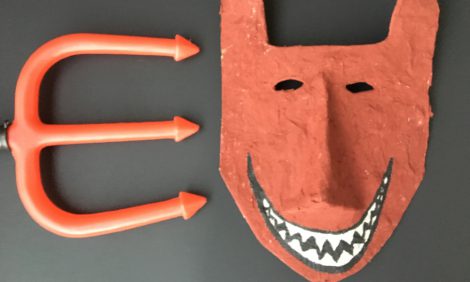