Sometimes we can get so focused on the goals we set for ourselves that we often fail to recognize the accomplishments, both big and small, that we have made in the past year. I have recently seen a ton of posts on instagram and pintrest for “Positivity Banks”, which are essentially piggy banks for saving all of the positive and happy things throughout the year so you can go back and read them once the year is through.

I love this idea, and want to discuss some of the things I achieved this year that i’m actually really proud of, even if they may seem silly to many of you.

My Favorite Achievements of 2015

I started Mad Like Alyce in 2015, but it was after nearly a year of dreaming of being a blogger. I thought about all of the things I would do, topics I wanted to write about, but the fear of failing was nearly parlyzing. Not only that, but I was so afraid of being judged by friends and most importantly, by Damir, that I just didn’t do it. This probably goes deep into my PTSD fears, but such is life.

The point is, I not only started Mad Like Alyce, but I grew so much as a blogger as well. A big part of this is just DOING it! Sure, it wasn’t perfect in the beginning. I still have so many big and wild plans for where I would like this to go. But i continued to push my comfort zone, to try new things, to challenge myself. I did a lot of things that made me uncomfortable. These ultimately helped me shed a lot of my harmful beliefs about myself, and I am a much more whole person because of it and cannot wait to see what I can do in the coming year.

2. I moved in with my boyfriend.

After being in an abusive relationship… I was terrified of commitment. Even though I love Damir, the ideal of living with him was terrifying for well over the first year we were together. Moving in meant no safe place (from him) if it was necessary. It meant needing a backup plan just in case. Ultimately, I didn’t need these plans, but I couldn’t fathom the idea of living without them.

In addition to the general fear of this somehow impending doom of violence and control, there was also so much fear of how he would judge me, it was just ridiculous. It was for really silly things like how I was afraid he would make me get rid of my things, or that I couldn’t… I don’t know, do what I wanted without his permission. There was a fear that when we moved in together he would suddenly become the monster from my nightmares.

I’m not going to say it was a piece of cake, because it wasn’t. There has been a lot of anxiety, but I have come a long way in realizing that anxiety will always be part of my life, its how I react to it that counts.

He certainly had a lot to say about how much crap I owned (honestly, he was right… see number 3), and I have indeed had panic attacks where I couldn’t escape from everyone and hide the way I wanted to because we share a small 1 bedroom apartment. We even had our first really huge 4-day fight, which scared the crap out of me and had me doing all kinds of “planning my escape” behavior before it blew over. It taught me that I had never been in a fight inside of a healthy relationship. Its shown me a lot about myself, and taught me just how much room I have to feel other emotions once I start letting go of the fear.

This one was HUGE to me. I used to have the mindset that even if things somehow went bad, I was ok and stable because I had [insert thing here]. Its like I tried to fill the hole inside of me with items, or to somehow use things to bolster my shaky mental foundation. I put so much importance on THINGS. I started over once, and even then, I didn’t start over completely from scratch. Yet these things were so important. And boy did I collect them.

I had lived in a very large main floor house apartment, and had around 1,700 square feet… it was huge! It also had a lot of storage, both in the kitchen and otherwise. When I started getting ready to move, I rented a storage unit and started packing up boxes of the things I wouldn’t use in the next 3-5 months. I’m not even joking… the stuff I wouldn’t use filled the back of my jeep… with the seats down. To the roof. I was mildly horrified.

In the course of the next 5 months, I gave all of my furniture (besides my bed, dresser set, and my grandmother’s buffet) to my little brother for his first apartment, along with lamps, decor, and boxes of extra kitchen stuff. I sold/donated over 3 boxes full of books. I sold/donated 4 totes full of clothes. I sold a ton of unwanted furniture and appliances on craigslist. And I still have more things than I know what to do with.

It might seem terrifying at first, but I cannot tell you how uplifting and freeing it was to get out from all of that STUFF! And I am still working on refining what I have all the time. Sure, I have bought more things… old habits die hard… but im getting so much better at only spending money on things that make me happy, and i’m always looking to see what I can give away. Ultimately, it has taught me how to live with less, and as silly as it sounds, really taught me how having things just simply is not important.

In the last 6 years, I have always lived in properties that had a yard, typically a house or duplex. This made it so I could let my dog out in a fenced in yard, or out on a tie out. It was super simple and reduced my need to plan ahead. I told myself for years that I couldn’t handle walking the dog every day. Its really silly, but it gave me so much anxiety to worry about the time it takes to walk the dog.

Now that I have been living in an apartment and walking Mystic every day… Im not sure why I made such a big deal out of it. Certainly it isn’t as convenient as just letting her out the back door, but it is in no way a deal breaker. I do get a little sad thinking about how much I could have potentially saved if I had just swallowed my anxiety and started living in an apartment years ago, but the truth is, I just wasn’t ready until now. I’m really glad I was able to face another self-imposed barrier and turn it into a non issue.

5. I eliminated my dependence on showering

Please bear with me on this one. See… one of my routines was to make sure I was showered. If I didn’t shower, I was unclean and my anxiety would being to increase in an exponential manner. It was to the point that if I was unshowered (say, approaching or over 24 hours), I could not leave the house. This would cause a problem for me when getting ready for work and running behind because my anxiety for being late would increase my anxiety overall and it wasn’t the best start to the day. Ultimately, while this was a way for me to quickly restart from a panic attack… it wasn’t a healthy coping mechanism anymore.

It started as one day when I woke up late at 7:50 and had to be at work at 8. I knew I couldn’t be that late, and managed to forego the shower by telling myself I could come home and shower over the lunch hour… which I did! Then, the next time it happened, I went the full day without showering, went to the gym afterwards, than showered like normal. After having done it once, it began to be increasingly easier for me to not let my un-showered state get in the way.

The ultimate test here was going out to Pine Ridge. We were only able to shower every other day, but the catch is that we were working in 100+ degree weather, in the dusty badlands, in full-length pants. I personally worked in the kitchens which were roughly another 10 degrees… it got up to 114 one day! Needless to say, I sweat out my clothes very quickly each day, and by day two, they were unwearable and I was in desperate need of a shower.

Since then, whether I have or have not showered in the last 24 hours is not an issue to me. Granted I still never go more than 48 hours, and always shower after doing something sweaty like going to the gym. Now, I know it may sound a little gross, and don’t get me wrong, I really do love to be clean and freshly showered. The problem was the way I mentally used showing as a crutch and how it messed with my mental state wasn’t healthy at all. What I love is that I no longer HAVE to shower, and that makes all the difference.

I was never a person that could really drink water. It has always been a struggle for me, and it had some fairly serious health implications. After a meeting with a gastroenterologist to get a grip on some digestive issues, I started drinking water like it was my job. I now consistently drink between 80 and 110 ounces of water each day, and it has had a huge impact on how I feel. I have more energy, I don’t feel hungry as often, and my digestion has improved tenfold. 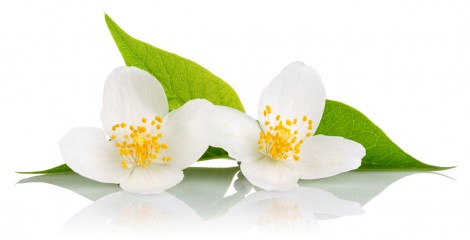 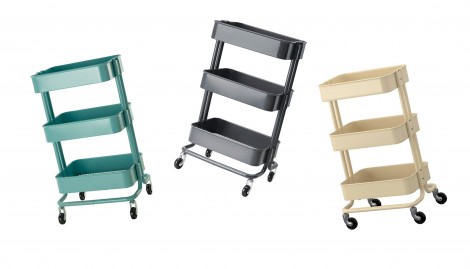 Lifestyle, PTSD
What Will Really Sink Your Ship?