This Shaking Keeps Me Steady

Last time I posted, I admit, I was pretty bushed. It was almost funny, but I don’t think I was able to disengage from the pressure to keep posting on a daily basis! I had gotten into this crazy momentum and without it, I almost felt… lost. I put up the last post after waking up from my 3 hour evening nap, and proceeded to remain awake until the wee hours of the morning. Which I spent searching Pintrest like mad for ideas for my apartment, which had been miserably neglected during the month of October.

It reminds me of a stanza from a poem by Theodore Rothke:

This shaking keeps me steady. I should know.
What falls aways is always. And is near.
I wake to sleep, and take my waking slow.
I learn by going where I have to go.

When you have PTSD and Chronic Pain, you get used to living in this unstable world, and so we feel the need to provide a balancing whirlwind, a force to keep us steady. I often think of this poem when I realize how far I have come. Gone are the days of constantly feeling like I have just outrun danger, but that it is just around the corner. The strange unfamiliar nature of the steady foundation I have been building over the past two years. Perhaps it will just take time. I spent nearly 10 years living with that shaking. Maybe it will take just that long to feel comfortable being steady.

See, keeping up with this mad schedule helped me ignore some of the frustrations I was feeling. I felt like I HAD to keep going, otherwise, I wouldn’t be able to face it. Two major triggers happened in the past two months, and because I had committed myself to the exercise of writing and creating the DIY Halloween posts, I was able to shove that stuff in a box in the back of my mind, to be unpacked at a later date. But it was now the later date, and I just didn’t know how to deal with it.

So, what happened? Without going into details, I was physically assaulted by someone who lost control of their anger. Someone I trusted (This someone is NOT  my boyfriend, just to clarify). I found myself emotionally shaken for far longer than the bruises lasted. Just a few weeks later, I had my first real relationship fight. But, I want to point out the key difference here. Not “Real Fight” but “Real Relationship” fight, if you get my distinction. I was a bit stunning for me to realize I had never been in fight in a healthy relationship. Though it took me a while to really grasp that everything was ok, it was actually a healthy experience. The fight happened. Nothing bad happened. We came to an agreement, and forgave each other. We are human. We moved on.

Perhaps that is why when the fight started, my head went to a darker, frightening place from nights long past. Ones that ended with me curled in a ball on the couch, begging for it to stop. Hiding in the bed with my cell phone in my pocket, just in case I needed to dial 911 in a pinch. The horror of hearing your nose break.

See, you just followed me there, didn’t you? But all of this happened YEARS ago. None of it happened this time. Not even close.

It honestly, was a relief. See, with PTSD we get into this mode where we are always waiting for the other shoe to drop. Waiting for the spiral to shift, for the balance to tip. We got used to the cycle of increasing hostility and pressure, followed by the silence where you held your breath, working so hard to try to maintain an impossible balancing act. The pin drop, and impending explosion, shrapnel of the incident tearing through you. The reckoning, with sweet gestures and gifts. Words you have long since grown numb to. Flowers at work where everyone asks humorously…. “Ohh ho ho, what did he do this time,” but having no real idea how terrible this time really was.

So perhaps, even though I am no longer part of this cycle, I look for it. I’m waiting for that flag to wave, signaling another go around that abusive racetrack, pushing faster and faster towards the impending crash. I was expecting to see this cycle again, but when I didn’t, it really shook me. It was so jarring to have a fight that didn’t end in violence.

I was able to see that I have truly left that racetrack forever. I know what a fight looks like in a healthy relationship. I know what to expect. I know I can handle it. I broke free from this cycle physically years ago. But I was just breaking free of it mentally now.

So, in a way, I am so thankful I had this blog. It was my distraction, a place to focus my energy until I was ready to unpack that baggage. And once I started do try and sift through those thoughts, evaluate those emotions… I realized that I was not in a happy place. In the past few months, I have found myself triggered by the slightest things. I get through the day, only to crawl into bed fully clothed, curl around my dog in a fetal position, and focus on breathing in the scent of her fur. I can’t handle anything else. Additional sensory input is too much. While the blog gave me the drive to get out of bed and work on a project, I still wasn’t in the best mental state.

So, after a six month hiatus, I’m back in counseling. At first, I thought this was a huge step back. That I had been unable to succeed on my own. But in reality, I was able to do it for myself for six entire months. It felt like no time had passed, and I was a bit shocked that it had indeed been half a year. In truth, I am just in another stage in my journey. I can see that my life is so cataclysmically different than it was in fall of last year. While I have moments where I am overwhelmed by fear or panic attacks, or moments when the effort to keep that fear and panic at bay drains my energy and leaves me as a husk on my bed, those are just moments. Moments that are no longer the norm. Moments that I immediately recognize as something that while familiar, are no longer a perpetual state.

So now that my month of Halloween is over, and all of my new decorations and costumes are being packed away, I’m unpacking many other boxes, both in real life and mentally to remove unnecessary clutter. Starting with completely blank slate… my first assignment since returning to counseling… stay tuned.

PREVIOUS POST On knowing how to quit while you are ahead… 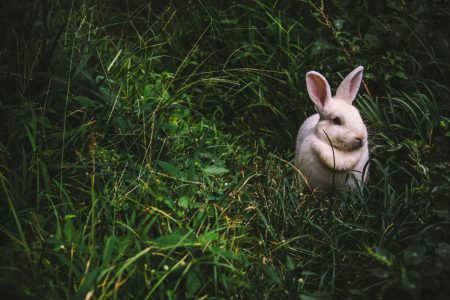 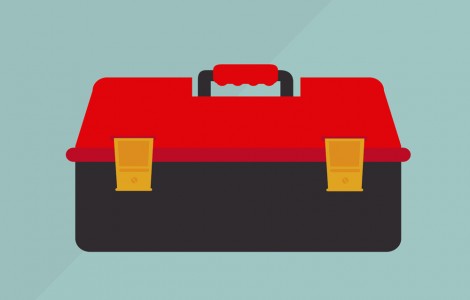 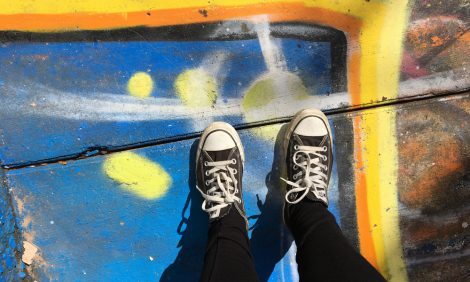