Writing with these scars

I have a lot of scars. Some you cannot see. But many, you can… see I have chronic pain in three different manifestations. Perhaps they are connected, perhaps not. And in all honestly, I realized along the way that worrying what caused what no longer matters. You just have to tackle each issue on it’s own and move forward from there.

In the last five years, I have had a total of seven surgeries between both of my arms. It started as just one seemingly small issue on one hand, and suddenly I was looking at more than three years of physical therapy and a series of surgeries. While the two arms are actually completely separate conditions, it was terrifying to have both hands failing and causing me pain when I felt I had just started to get control of my back pain.

In my left wrist, I have reoccurring ganglion cysts spanning back to when I was 12 years old. Initially caused by an injury in middle school, it had grown large enough to cause consistent pain by the time I was 20. Essentially, it is a pocket of joint fluid that has escaped the joint capsule and appears as a raised lump under the skin. It started with just one on the back of my left wrist (as shown), which re-occurred after the first surgical removal. Just a year later, I had it surgically removed again, this time with success, as the cyst on the back of my wrist did not re-emerge. 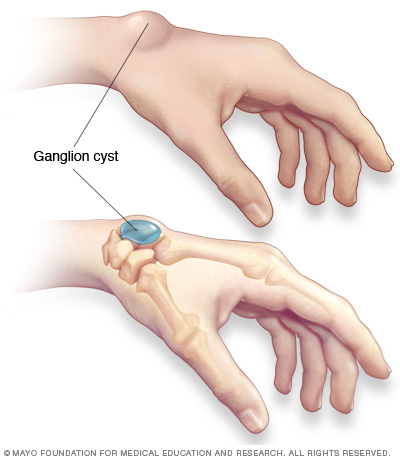 Then, just when I was starting to get a hang of my chronic back pain, they started to appear on the front of my left wrist. I cannot even describe how frustrated I was, as this new cyst was completely independent of the original surgical site and completely without any explanation. I have attempted to remove this cyst (called a Volar Ganglion since it is on the front of my wrist) 3 different times surgically (about one surgery each year). As a last ditch effort, we also tried having it aspirated (drained with a needle in a surgical setting) 3 additional times to no avail. It took a total of 5 surgeries spanning 5 years, but I have finally accepted that I was what the surgeons called, “An efficient ganglion former.” Oh the hidden talents we have.

In the last surgery, I learned an interesting fun facts about ganglion cysts… They can actually grow through the structures in your body, such as veins, tendons and nerves. My last cyst did the latter, growing through the nerve that enervates the skin on my thumb and the meat of my palm. The removal of that cyst damaged the nerve, leaving me with no feeling in my thumb. The surgeon is hopeful that with time it will heal, and I have started getting feeling back in the tip of my thumb, which took two years of healing to accomplish. Who knows, maybe someday it will all come back!

Even with the struggles with this wrist, I have found ways to accommodate, such as wearing splints when it gets too painful, or using different stabilizing wraps during physical activities that cause more pain, or simply modifying what I am doing to prevent any additional pain. Since the last aspiration, it certainly has gotten better, and now my wrist will randomly form a cyst only to have it rupture around three to four weeks later. It isn’t a particularly painful process, although when the cyst is nearing its largest before rupturing, it does put a lot of pressure on the nerve, making the base of my thumb tingle and causing some aching and discomfort, but nothing I can’t handle.

This one is a book of procedures. When I completed my rehab in the PRC at the Mayo Clinic nearly 4 years ago, I knew that life would not be easy living with my back and neck pain, but that I would have a much smoother ride from there on out without the cocktail of medications I had been on. I was working full time, and so proud of myself for being able to manage considering I may not have been able to work at all just 6 months prior. But then I started to experience pain in my arms due to typing. Maybe it was just the industry I worked in, or just my own insecurities, but I felt that I wasn’t able to ask for a better workstation. It was only after I was struggling to continue typing for more than 4 hours at a time that I finally broke down and asked for a new desk to replace the elementary school auction calamity I currently worked on. Unfortunately, it seems like the damage was done.

And so start the procedures…

Starting with 3 months of physical therapy in Rapid City, I then transferred to a surgeon in Sioux Falls who formally diagnosed me with Intersection Syndrome and De Quervains syndrome. Two different 6 week courses of physical therapy later, and my surgeon agreed I am one of the 5% of people that do not respond to traditional treatment.

I went in for a dual procedure, and was ecstatic to have the ability to type with no pain… for about 3 month when the symptoms returned in force. Essentially, I am also one of the 1% who also do not respond to surgery. Another year of physical therapy, injections, and other treatment, and the best answer they have is that I also have “sensitive tissues.”

Well, to me this wasn’t a good enough answer, especially when I started losing the ability to raise my fingers, crucial when typing. I went to a different surgeon for a second opinion who ordered an MRI to see what was happening. It was revealed that I was starting to experience muscle decay in my forearm due to a pinched nerve my elbow. Another electrical conduction nerve test confirmed that I had a severe case of Radial Tunnel Syndrome.

Surgery showed that my supinator (the muscle that turns your arm palm side up) had tightened so much that it had completely flattened the nerve, causing the muscles to start to atrophy. To my shock and slight amusement, the surgery actually involved cutting the muscle off of the bone and letting it reattach itself when my arm was immobilized, the scar tissue giving the nerve enough room to essentially “breathe.”

The Good, the Bad, and the Ugly

Like everything in life, there was both the positive and negative. On the bright side, because I had kept pushing the doctors to keep looking, they had diagnosed a condition called Radial Nerve Palsy, also called Drop Wrist, in it’s early stages. So soon in fact, that they are hopeful I can make a nearly complete recovery. Drop wrist is a permanent nerve damage to the radial nerve that makes it impossible to raise your hand or fingers, essentially leaving it completely limp. As as writer and someone who types for a living, this was terrifying, especially as it was my dominant hand! This, I suppose, is the “Ugly” that I was lucky to avoid.

The downside is that nerves take a REALLY LONG TIME to heal. Most estimates put it at about 1 mm per day, starting from the incision point at my elbow to the tip of my fingers, roughly 20 inches. This is 508 days to heal! Once I healed from the initial surgery, it was very difficult to grasp that I would still continue having the same problems for over a year with the hope that I would heal. The first few months were particularly difficult, as I was soon going to lose my health insurance and was sick to my stomach that I wold need another surgery but wouldn’t know in time.

I continued to keep on my surgeons to make sure there wasn’t anything else we can do. They did some precautionary tests, a few steroid injections and continued PT, but finally, the head of the surgical department finally told me, “While we could go in and do more releases, we could and very possibly would do more harm than good. If you were my daughter, I would advise against any more surgery.”

I didn’t want to have to wait not knowing what my function would be like in 3 months, 6 months, 1 year, forever. But I had built a relationship with these surgeons and pushed them as hard as they would let me. I did relentless research online to make sure I understood everything they told me.

It was around this time that I discovered Catherine’s blog Finding My Miracle where she used the term “professional patient”, a term that made my doctors laugh out loud! They thought it was the perfect description for people who are dealing with their conditions at such a involved level.

That all being said. I finally was able to start accepting that there wasn’t anything more I could do. At least, not surgically. It was up to me to keep moving on, and to start treating this like a chronic condition. I now do my own PT on both of my arms, and can definitely tell a difference when I skip. I am a regular at the chiropractor’s office to stay adjusted, and try (budget allowing) to get in for semi-regular massages to keep my muscles loose.

Ultimately, my advice in dealing with any chronic condition is to be your own advocate. No one will know you better than yourself. Ask questions! Keep an ongoing list (I recommend Evernote, which can be opened anywhere with a web browser and also from a web app). This way you can note all weird issues, concerns, questions, etc and easily open it up during your appointment.

And finally don’t be afraid to ask! It may seem like a silly question, but it is far better to ask instead of having it weigh on you, especially if it is a symptom or frustration you have had consistently. I know it sucks when you feel like you are being a pain in the butt to your doctor, or being afraid that the doctor thinks you are some kind of hypochondriac. This is your appointment, and your health. Any good doctor should be willing to address all concerns you have.

Have you experienced a chronic condition? Let me know!

Disclaimer: I am not a doctor, and all information provided in this post is simply my experience with this particular injury and is not intended to be taken as medical advice. If you experience any pain similar to this, please refer to a physician for assistance! The web is a great place for information, but not necessarily for medical diagnosis. 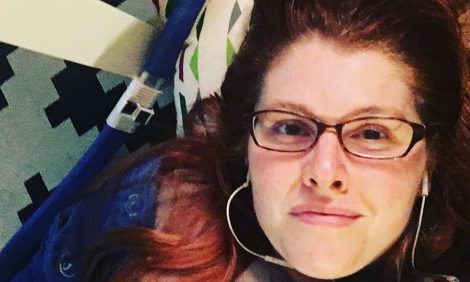 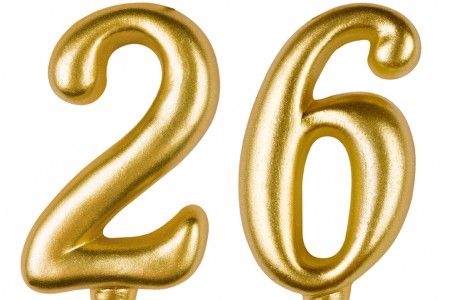 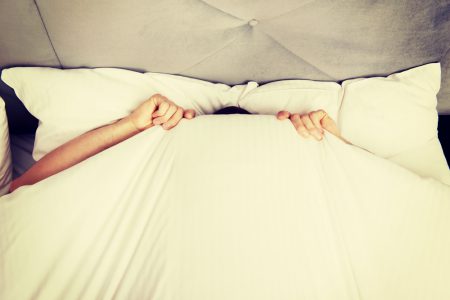